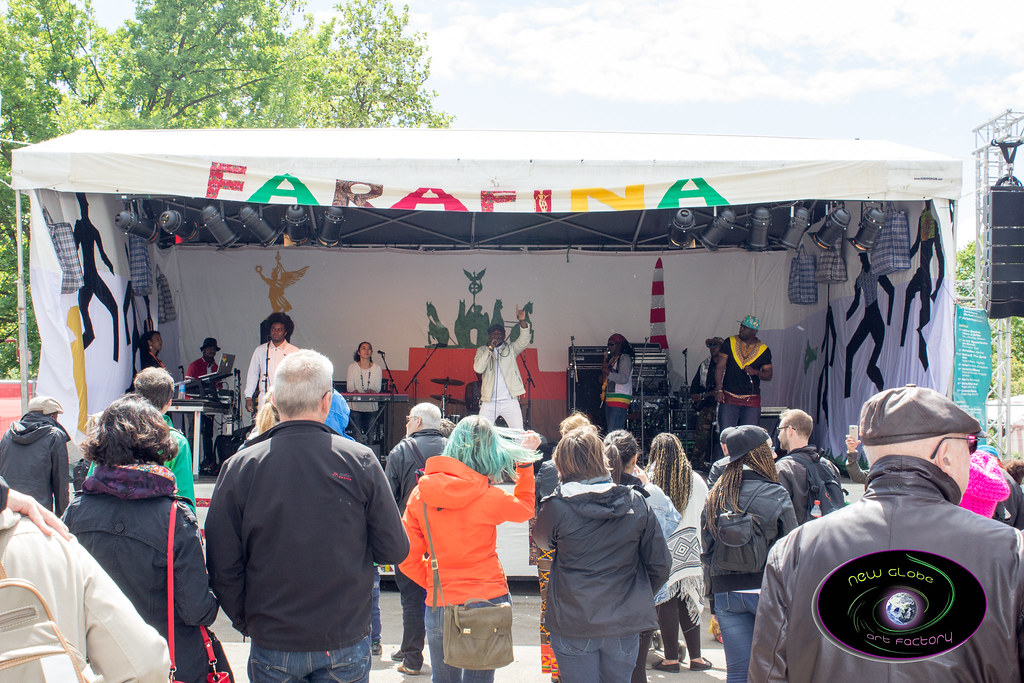 The tyranny of the European system more particularly the German government, young African Asylum seekers united to fight for their freedom and dignity through arts. That was how the band   “African Revelation” was created by several young Africans from different nationalities facing a hopeless life in Eisenhüttenstadt/Eastern Germany refugee camp in 2013.

These brave young people did proved their dynamism and creativity by composing  for the first time in their lives a song called “FATIGUE”, which rapidly became popular and appreciated by many. The hit gave them an opportunity to express themselves in various concert organized by the leftists’ movement. Six months after the creation of the group, they were discovered by a producer, Sonja Prinz of the New Globe Art Factory who was impressed by the band and the idea behind it and opted to work with the group. Under the label New Globe Art Factory,  African Revelations first album is coming out soon.

The group is engaged in various projects , key among them is to promote human values, mainly; respect for human dignity, the fight against racial discrimination and inequality through music, dance, films and poetry.