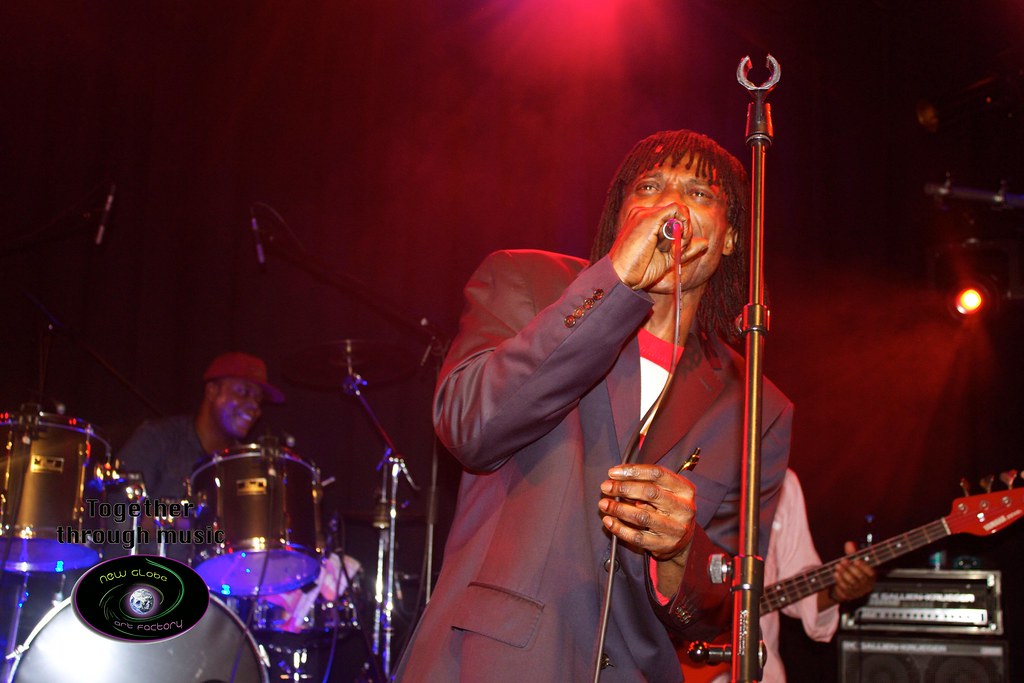 MUKUAFIKE, was born in Kinshasa, Congo. He is a very well-known musician in Kinshasa and talented entertainer, now for nearly 14 years  he has been active in Germany. In the 80s MUKUAFIKE  was  engaged in Congo with Stars like “Izeti Le Roi”, “Le Complique” and ” Tout Choc Macapagne”.

MUKUAFIKE’S father, actually a medical doctor, also a musician for bass, guitar and vocals.  Also MUKUAFIKE’S mother was was a member of the church choir. Son MUKUAFIKE grew up with “Music in the Blood”. Since 1994 he has been living in Berlin and played for “La Firence” on their CD “Nasala” or with  “Bernard Mayo”.  “La Firence” was already well established in Berlin, so he was on stages such as   Tempodrom, Pfefferberg or Werkstatt der Kulturen. In 1999 he worked with ” Tshawa-Mabos & Osul” and in 2004 he was part of  “Rifin-Nkoy Lola’s” CD “Mistyque” as a singer. MUKUAFIKES album  “Atako” was recorded with musicians from around the world who have been flown to Germany for it.

MUKUAFIKE offers workshops where he teaches all ages – not just drum and dance classes, but also the African culture and traditionel taughts. Mukuafike also plays well with his good friend Odjadike in his traditional group “Ballet Zebola”. MUKUAFIKE is a true multi-talent who not only sings but also plays guitar, bass, Congas, Djembe, Bongos, Ngoma,  African bells and Maracass masterfully. Cultural exchange is a great source of inspiration for MUKUAFIKE, and so in 1995 he founded his band “Rumba Stars”, which is uniting musicians from Russia, Morocco, Germany and several African countries.

Rumba Stars is the voice of Conco Kinshasa and in the beginning it was meant to play only traditional music. Rumba Stars now has a broad repertoire including Soukous, Rumba, Kumba, Tshatsho and Sakade. With an international cast Rumba Stars provide a good atmosphere at any event;