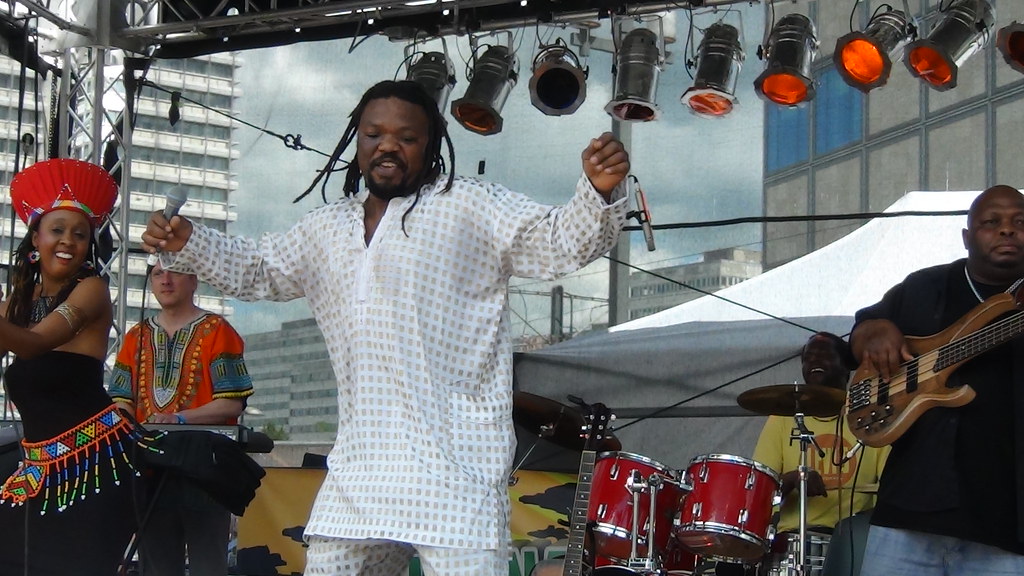 Vido Jelashe born and raised in Guguletu Township, Cape Town, South Africa. Inherited Music from His Grand-Mother who sang in Church and at home while doing Laundry. Vido Jelashe started to sing in School Choirs before singing with a Reggae Band called Reggae Regulars in 1986 and later with the Black Sufferers. While doing his Matric at Fezeka High School. He joined the Heavy Fantastics Band (Funk-Soul) in 1992 and studying Music at M.A.P.P Music Institute College which he achieved his Jazz Diplom Certifricate. In 1993 he got a chance to sing and record an Album titled “Free The Children” with “Living Spirits” Band from Berlin, Germany. After Releasing of their Album, they toured Germany and some parts of Europe. In 1996 he started his Solo Career backed by “The Growing Tree Band” Album called “Vido Meets The Growing Tree” in 1997 and later another in 1999 featuring Black Kappa and Leo Banton both from Jamaica. He started working with Noiseshaper and recorded a Song called “The Only Reedemer” and on their second Album named The Signal: a Song called,”We Love Reggae”. He recorded a song called “Afrika” with Volker Meitz in 2001 and “Awe Mzala” in 2003. He worked with “Tiger Hifi” Project in 2006 and released aself-Named Album “Tiger Hifi”. They toured as an Opening Band for Gentleman in 2007&2008. In 2010, he recorded an Album with the Richrad & I Project with Album Titled ,”Babylon Must Go Down” and toured Austria between 2010&2011. In 2012 he took part in German Talent Show called,”The Winner Is Show” and made it till the Semi Finals which got him a lot of Fans and doing big Gigs. After The Talent Show, He started working on his new Album titled,”No Pain,No Gain” planned to be released soon. Featuring Luciano,Olivia Christo. Get ready for the Soul-Vibrant-Golden Voice from South Africa to take you on a Musical Journey!! Vido “the Golden Voice” Jelashe!!